The question of whether you should purchase a 110v or 220v hot tub is one that stops a lot of buyers dead in their tracks.

The debate is one that has been ongoing in the hot tub community for so long and for many people it’s quite confusing as to why it is a debate in the first place.

To answer the question, we need to first explore why there is more than one power standard for hot tubs to begin with!

When electricity first came around, the general public decided that they needed to adopt a standard for power.

This was so that electrical appliances wouldn’t blow out when plugged in.

Now as to the reason why the modern US household decided to adopt the power standard of 110 volts remains a question that no one can answer.

This is especially odd considering the fact that almost every other country in the world uses the 220-volt power standard. 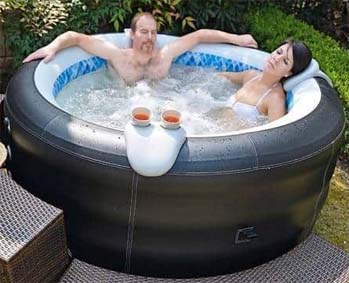 However, it is true that Nicolai Tesla and Thomas Edison came to an agreement that 110-volt power was the best and most efficient choice for the United States at the time. Even though they were at war with each other over the debate of power distribution, that 110-volt similarity was one thing that bonded them together.

Long after that power standard had been situated, hot tubs came along. People began asking,

What do power differences mean in terms of efficiency?

Is one better than the other?

Let’s explore some of the top questions asked by prospective hot tub buyers when it comes to power.

110v hot tubs use a 110v power outlet, which is quite a score if you live in the United States.

All you need to do is plug it into one of the outlets in your home and get to relaxing! This is why 110-volt hot plug and play hot tubs are typically referred to as “Plug n’ Play” tubs.

Of course, there are downsides to 110-volt tubs as well. 110-volt spas can run a jet pump or water heater, though they cannot run them both at the same time. 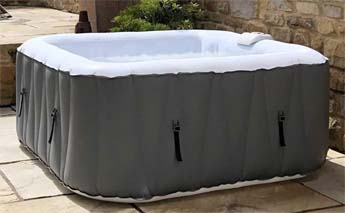 This means that if you are in your hot tub for 30 minutes or more, you may experience a reduction in temperature.

When it comes to 220-volt hot spas, things may get a little tricky for U.S. buyers. If you don’t have a 220-volt outlet available in the spot you place your hot tub, you may have to buy one. That could set you back at least $600 or more, depending on the installation costs.

With that said, 220-volt modern can cut your hot tub heating time in half compared to 110-volt system! Because these hot tubs heat so much faster, the motor doesn’t need to run as much, meaning you effectively cut down on wear and tear as well. Beyond all of that, the greater power adds more power to your spa jets and allows you to integrate more entertainment features, such as lights, Wi-Fi, and Bluetooth connectivity.

Absolutely! There are plenty of reasons why someone might want to purchase a 110-volt hot tub instead of a 220-volt hot tub.

If you are looking for a less expensive hot tub, a hot tub that you can plug into any outlet and use without paying for installation, or a hot tub that is minimal without all of the crazy modern features that luxury hot tubs offer, 110-volt hot tubs are great!

It is important to note that energy usage isn’t different when comparing these two types of hot tubs, despite what people may tell you.

This is because the electric meter that you use to pay your energy bills measures watts, not volts.

Because 220-volt hot tubs can move more energy through the wires at faster rates, you still end up using the same amount of watts if you were running a 110-volt tub for twice the amount of time.

As we said, 110-volt tubs typically take twice as long to heat up, so you’re pretty much dealing with the same run time.

Final Verdict - Which Should I Get?

If you have the ability to run a 220-volt service line in the space where your hot tub will be, we recommend getting a 220-volt hot tub. With a 220-volt spa, you won’t have to deal with long heating times and the motor will last for much longer.

On the other hand, if you find that it is too complicated to run a 220-volt power source through your property, or if you live in an area with lots of restrictions that won’t allow you to do so, such as an HOA, then a 110-volt hot tub or plug and play hot tub is just fine! Plus, you’ll save a ton of money on installation costs, which can be put towards other things in your home!